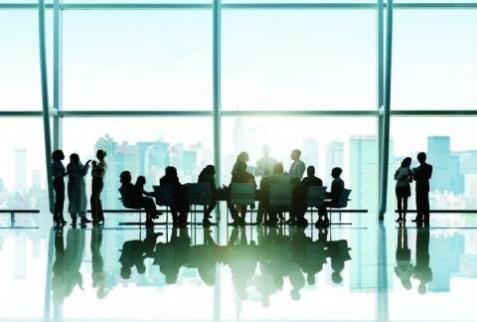 There is no “magic sauce” related to a successful talent management program. That said, I think it is a blend of several basic human resource management elements:

During my career at AIG, I was blessed to have the support of several mentors who helped me shape my leadership style and correlate the values of the business into an operating strategy. From a talent management perspective, I think that a strong mentorship program is critical to building a successful talent management program that leads to retention of talent and the development of a strong culture.  Early in my career, one of my mentors stressed the importance of an affirmative attitude in leading people and instilling in them enough confidence that overcomes the natural fear of failure. I used that advice throughout my career to develop leaders at all levels of the organization to build strategies and resolve problems which resulted in a strong leadership team.

As affirmative leadership and culture are embedded within an organization, employee engagement via broad communication initiatives and personal contact is critical. We should look upon mentorship as an important part of communication and building the culture of the organization. This brings us back to some of the points I made in an earlier Insights contribution. Employees will respond if they see that employers are making an investment in them including an investment in the human aspects of work. Essentially, this creates more of an intrinsic bond between the company and employees that balances the weight of extrinsic factors like compensation, benefits as well as approaches from other employers.

The word culture is often used in defining why employees are retained and are not lost to competitors. If culture and underlying values resonate with employees, they are likely to be more productive. A recent McKinsey Insight, “What Motivates Employees to Stay, a Leaders Guide,” expanded on this point and placed culture at the core of high performing companies. McKinsey interviewed Rishad Premji, Executive chairman of Wipro, an Indian IT company. Mr. Premji positioned culture as the “soul” of his organization that resulted in an environment that made Wipro “empathetic, vulnerable, collaborative and decent.”  He stated that these factors allowed employees to develop habits that “provided a very strong foundation for what is necessary to build a high-performing organization.”  Mr. Premji also indicated that the focus on culture was not just an ethereal process but one that was institutionalized within Wipro, essentially “walking the talk”!

At AIG, Employee Resource Groups provided an opportunity to connect more emotionally with employees and demonstrate the values of the company in a very practical manner. The groups are integrated into an overall strategy for diversity, equity, and inclusion. The groups focus on a race, gender, ethnicity, sexual identity, as well as veterans, young professionals and interfaith.  Employees participate with colleagues who want to share experiences within a group as well as executive sponsors for each group. During my career with AIG, I worked as a sponsor of several groups, and I believe the experience improved my understanding of employee issues and my ability to lead my business.  As an extension of the veteran’s resource group, I also participated in a mentoring program for retiring military officers that AIG supported. I found the connection so gratifying that I have continued the relationship with American Corporate Partners.

I want to emphasize the importance of listening as part of the talent management process. Too often, companies “speak at” employees instead of allowing them to articulate their thoughts on current role, future aspirations, and input into the business. I have seen too many leaders over the years go into discussions with a preconceived narrative that ignores the needs of the employees. If we do not clearly understand an employee’s aspirations, how can they be developed? Mentoring and developmental conversations should be informative and meaningful to both parties of the discussion.

So, maybe “the sauce” is not “magic,” but it can be “special” if it leads to strong employee engagement, successful career development, job satisfaction, high employee retention and improved productivity. I think both leaders and employees would call such an outcome a recipe for the proverbial “win-win” scenario that benefits them as well as shareholders.

Ralph Mucerino began his professional insurance career with The Travelers and joined AIG in 1979. He held several roles in the Domestic Brokerage Group earlier in his career including Senior Vice President of Commerce & Industry and Senior Vice President of American Home and National Union where he was responsible for several business units and operations. During a distinguished forty-one-year career with American International group, Ralph led multiple diverse businesses which highlighted his leadership, vision, creativity, adaptability, and emotional intelligence.  In 1996, he assumed the CEO role for the Africa-Middle East Region. He then relocated to Japan, where he served as President of the Far East Region, AIG’s largest general insurance operation outside of the United States. In November 2008, he was appointed Chief Operating Officer of AIU for the company’s international businesses. During his career, Ralph had a wide range of roles in both consumer and commercial insurance, including multiple regional management roles for domestic and overseas businesses, multiple product manager roles in commercial and consumer insurance, multiple leadership roles in distribution, marketing and client management and leadership positions in reengineering of AIG’s overseas businesses.  Mr. Mucerino retired in October of 2020 as Senior Vice President of AIG.