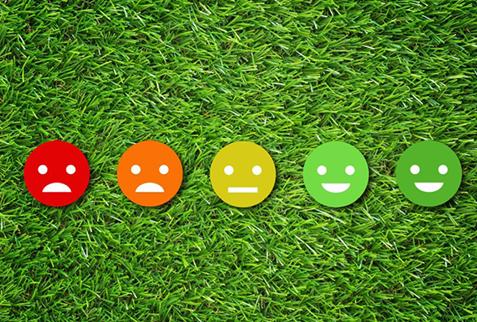 Recently, my wife and I decided to move our bill payments to paperless mode.  While we might be “behind the curve” in the era of AI, digitization, and mobility, but we made the “leap”.  This opened a new lens into the digital impact on customer experience and we are giving it mixed reviews.  All too often there are numerous prompts to perform simple actions like paying a bill or questioning a payment.  It probably is not odd that digital applications are much simpler when it comes to making a purchase.  Go figure.   When online, passwords are not recognized, and a customer is forced into the torture of changing a password and it can be a frustrating experience.  Online chatbots are restricted in what problems can be resolved.  Rather than just “beating up” on our experience, I wanted to raise the issue of how the under-served or unserved must deal with these same issues with limited resources.

The FCC indicated that 14.5 million Americans are without access to broadband.  The FCC Report on broadband access released in January of 2021 comments upon the significant progress made in expanding broadband access and commends the fixed and mobile providers for improving access significantly.  The same report also comments that efforts to close the digital divide must continue.  Pew Charitable Trusts, in its 2021 broadband report, estimated that 23% of Americans lack broadband access at home.  Ninety-two per-cent of adults in households earning more than $75,000 per year have broadband access.  That drops to 57% for households with less than $30,000 in income.  Beyond the socio-economic implications, there are other segments that are challenged by digital customer experience based upon age, disability, or language.  The challenge confronting all businesses that rely upon digital or internet connectivity is determining the best path to ensuring that a significant segment of society is not left behind in the digital era.  It is a complex challenge and involves a major commitment from the public and private sectors.

There are a myriad number of actions to consider, and I would like to focus a two of them.

I recognize that that a “digital panacea” is unlikely, but we have a challenging road to travel to meet the needs of all segments of society.  At the end of the day, government, businesses, and technology companies must realize that the playing field is not level, and that empathy, understanding and creativity are needed to pursue a satisfying customer experience across all socio-economic segments.

About the Author:
Ralph Mucerino began his professional insurance career with The Travelers and joined AIG in 1979. He held several roles in the Domestic Brokerage Group earlier in his career including Senior Vice President of Commerce & Industry and Senior Vice President of American Home and National Union where he was responsible for several business units and operations. During a distinguished forty-one-year career with American International group, Ralph led multiple diverse businesses which highlighted his leadership, vision, creativity, adaptability, and emotional intelligence.  In 1996, he assumed the CEO role for the Africa-Middle East Region. He then relocated to Japan, where he served as President of the Far East Region, AIG’s largest general insurance operation outside of the United States. In November 2008, he was appointed Chief Operating Officer of AIU for the company’s international businesses. During his career, Ralph had a wide range of roles in both consumer and commercial insurance, including multiple regional management roles for domestic and overseas businesses, multiple product manager roles in commercial and consumer insurance, multiple leadership roles in distribution, marketing and client management and leadership positions in reengineering of AIG’s overseas businesses.  Mr. Mucerino retired in October of 2020 as Senior Vice President of AIG.